There’s Always A Positive To Every Negative 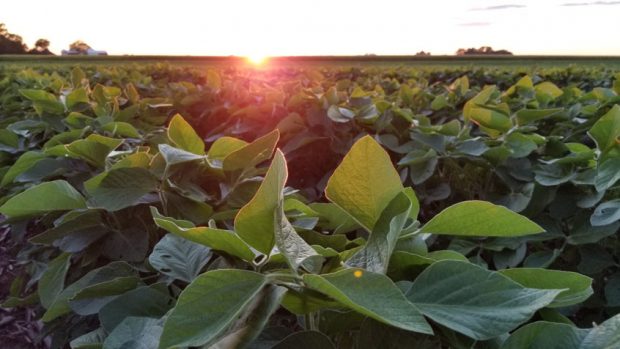 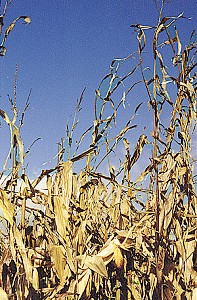 Trent Brandenburg finds a bright side to the awful drought of 2102.  He sees some improvement in soybean yields resulting from the heavy rains of last weekend, 5.5 inches followed by another three-quarters-inch. The rain came too late to help the corn yield  and didn’t even delay the corn harvest much, because the soil is so dry and hard that, despite the wet surface, machinery can move through the fields easily.   Trent’s corn yield is averaging 140 bushels per acre, but spots range from zero to two hundred.  Trent observes that 140 bushel crops would have been bumpers 20 years ago, before the amazing genetic improvements of recent years.

The rain did not damage Tent’s standing corn.  He is concerned about wind until he completes his harvest.  The corn plants are so weak they could be downed easily by winds a stronger plant could resist.  The rain will help soybean plants, that are still green, fill out their later-set pods.   However, the beans that have started turning (yellow ripening) will not be helped.  Although there have been reports of fungus infections in harvested corn, Trent has not seen any.

Trent estimates that several more inches of rain, falling gently in rain events spread over several days, will be needed to recharge the badly-depleted soil moisture.