Combining Corn?? Yes and No

Home» The Field Report » Combining Corn?? Yes and No

Corn is Still Too High in Moisture 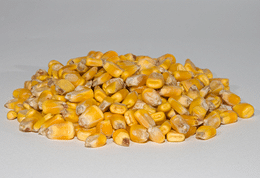 Trent Brandenburg, asked if he was combining corn, answered “Yes and no.” He had hand-sampled a few ears which were 29-29% moisture. A combine trip around the field resulted in the hopper contents testing 40%, way too wet to harvest. This is surprising after the second-driest August in history.

Trent explained that corn in the low, wet spots was later and dwarfed, due to the late planting (or replanting), so those kernels were just in the dough stage. Blended with the rest of the corn in the field, the moisture of the blend is too high. Trent expects about two more weeks for sufficient field drying to enable real harvesting.

Trent observed that most of the corn plants are very tall and the stems are weak from the August drouth. So although a rain would be welcome to help soybean pod fill, any accompanying wind would blow over corn plants. Trent reports the lower pods on his soybean plants are filling out nicely, but the upper pods are not. He estimated some of his fields will be “lucky to make 40” (bushels per acre). “It’s easy to be wrong on beans,” Trent concluded, referring to yield estimates.