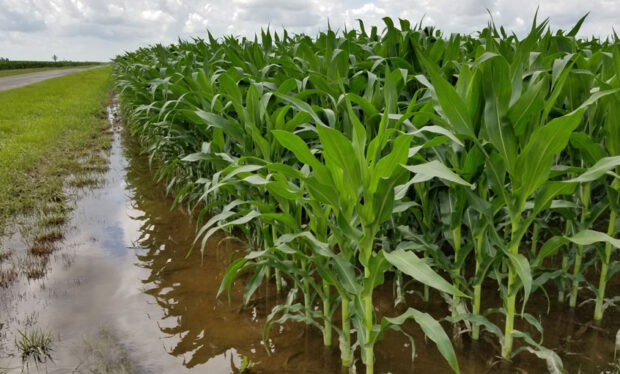 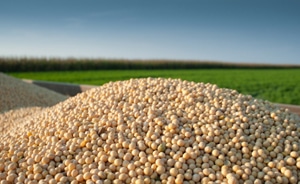 Despite the late planting this season, and the record-dry August, Trent Brandenburg is happy with his soybean and corn crops. Although Trent’s pre-harvest estimate of his soybean yield was in the 40-bushel-per-acre range, he was pleasantly surprised to get 55-60-bushel yields. Although August was extremely dry, the temperatures were much cooler than normal, which Trent believes lessened the drought impact on his soybean yield. Trent has harvested about half his soybeans, ahead of most of his corn crop, because “they were ready and the corn wasn’t.”

Trent has only harvested about a third of his corn crop because the moisture has been running about 23%, which would require added cost for drying the corn for storage. The advancing fall season means shorter days and cooler weather, so while harvest time is limited by the shorter day length, so is the rate of field drying. Trent has decided to concentrate on the soybean crop, and then finish the corn and pay whatever corn drying is finally required. His corn yields have varied from 140 to 220 bushels per acre, depending on early or late time of planting, and soil conditions in a particular field.